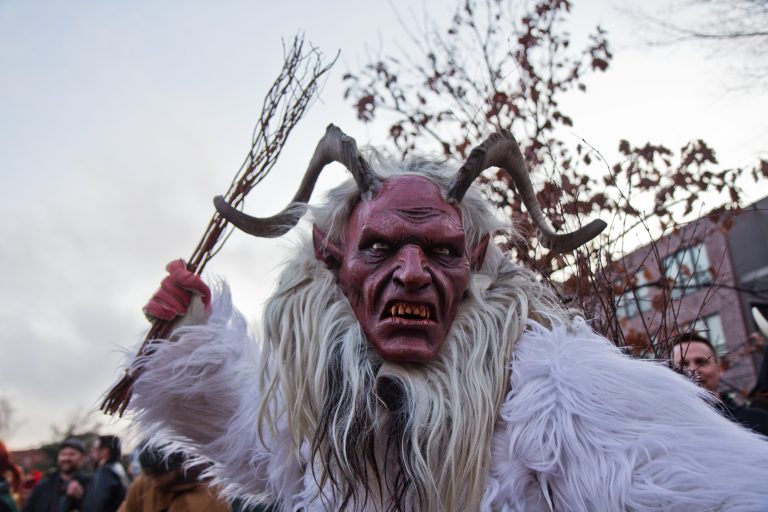 Krampus. You may have heard of him. Maybe not. The demonic alter-ego to Santa Claus is somewhat less popular than St. Nick himself- for obvious reasons. Half goat, half demon, Krampus is said to come the night of December 5, beating naughty children and taking them away in his sack. What he does with them is different according to who you ask. In some places he supposedly takes them to his cave and eats them, which is surprisingly one of the less horrible ones. Another says he drags them down to hell.

The first sightings of Krampus are actually found in Norse mythology, where he is the demonic son of the goddess of death, Hel. When the norse were forcefully converted to Catholicism, his backstory was altered. The most common and modern version is that he was created by the devil to be the evil version of Saint Nicholas. Rather than rewarding good children with candy and presents, Krampus was charged with punishing unruly children with beatings and more severe punishments.

Krampus has actually seen a growth of popularity in these modern times, making appearances in horror films, books, television shows, and documentaries. Many companies have started producing Krampus merchandise when Christmas time rolls around, and it remains to be seen whether this is a passing fad or if modern Krampus is here to stay. Either way, the mysterious and foggy origins of the evil Father Christmas are both fascinating and curious.