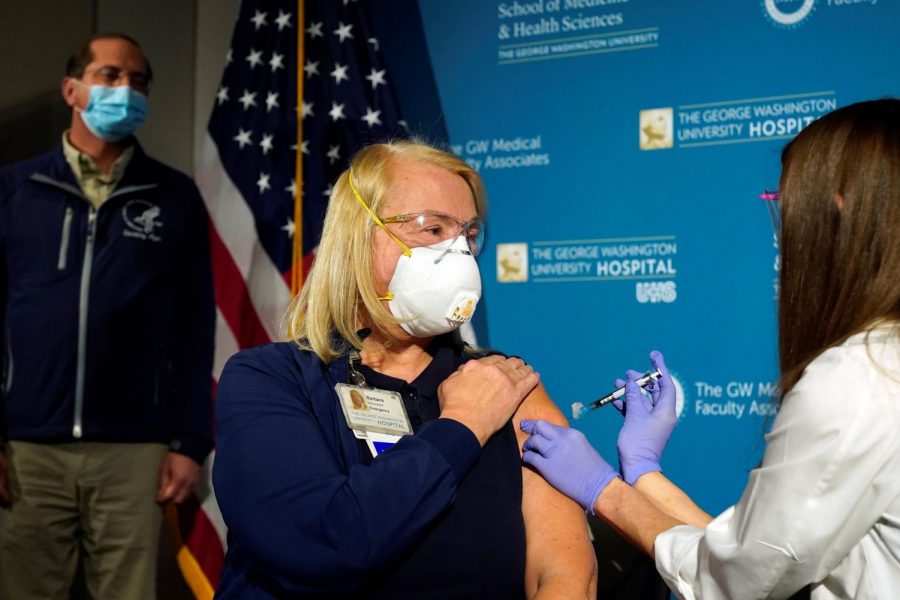 Prue Leith: the first person in the United Kingdom to receive the official Covid-19 vaccine. The pandemic, which started nearly a year ago, is now having a brighter outlook for many with the new treatments and vaccines being discovered by scientists around the world. “Who wouldn’t want immunity from COVID-19 with a painless jab??” she reportedly tweeted just hours after receiving the vaccination. Among the millions of UK citizens who will be receiving the vaccine, Leith will be expected to get a booster shot 21 days after the first dose.

Within a few days after the first vaccines were conducted in the UK, the United States started administering vaccines to nursing home residents and high-risk healthcare workers. Sandra Lindsay – a nurse at Queens hospital – was among the first few citizens to receive it, reporting that “It didn’t feel any different than taking any other vaccine.” This coming Monday, vaccines are expected to be distributed nationwide, and federal officials estimate that approximately 20 million Americans will receive the first part of two doses by the end of the year.

Despite this scientific miracle, the development of the vaccine in such a short span of time leaves many people dubious, specifically those who are less highly educated or do not research further past an internet spectacle. Conspiracy theories such as the vaccine altering one’s DNA, causing people to get COVID-19 or the vaccine acting as a microchip so the government can track its citizens are dangerous. Not only are none of them true and can easily be disproved with a simple search of the internet, but one has to also garner a certain level of ignorance to believe them. The vaccine to the coronavirus contains mRNA, which is an entirely different molecule than DNA. mRNA essentially “teaches” our cells how to create a protein that will trigger immune responses without the use of a live virus that causes COVID-19. Once triggered, the human body creates antibodies that will fight against the virus in the chances one is infected with the real virus. As for the government tracking one through a vaccine, it is safe to say that the government is more likely to do that through cellular devices that are carried around in back pockets.

Although these vaccines will not be mandatory, it is important for those who are willing to receive the vaccines to get one as soon as they are available. These vaccines have proven to be highly effective and efficient, with very few showing signs of allergic reactions. The COVID-19 vaccines are still expected to be distributed to the general public in late spring and early summer.