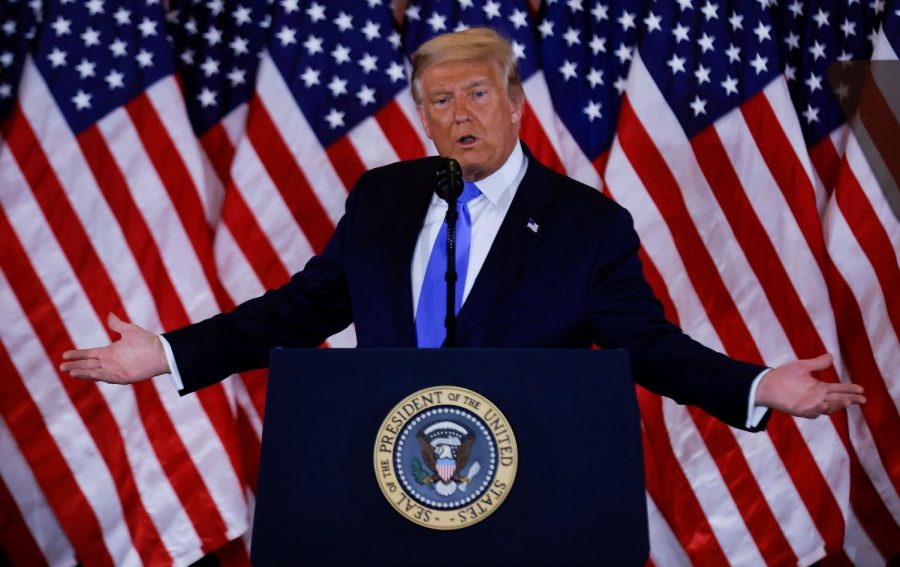 In a recorded phone call that people around the nation are now comparing to Watergate, President Donald Trump was heard demanding, “I just want to find 11,780 votes.” The Saturday phone call consisted of President Trump urging Republican Secretary of State in Georgia, Brad Raffensperger, to find enough votes to overturn his defeat in the state of Georgia. The hour-long call is described to be a potential act of crime and shows the President’s violation and abuse of power. Georgia’s laws state that the recording was not illegally obtained, and the conversation additionally features the President alternating between berating, threatening, flattering and begging Raffensperger.

Regardless of if the President was successful in persuading the Georgia Secretary of State to sway the votes, he would still be behind 22 votes short to win the electoral college. Despite this, many of President Trump’s supporters refuse to accept the results of the election even after Congress announced Joe Biden to be the winner of the electoral college. Many of President Trump’s supporters cited voter fraud to be the reason the president lost, but it has since been disproven. Voter fraud happens in every election, but it does not happen at a large enough scale to sway an entire election.

After many of his posts with claims of a faulty election having been deleted or cited as misleading, and his actions leading up to and following a number of his supporters storming the Capitol and inciting a riot, his Twitter account was suspended permanently. Right before it was deleted, President Trump had tweeted that he would not be attending President-Elect Joe Biden’s inauguration.