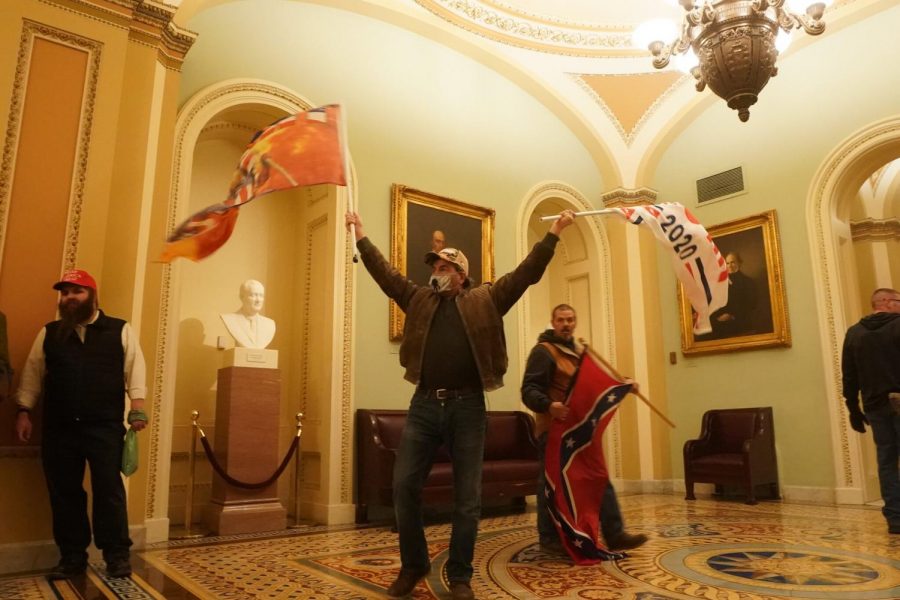 On Wednesday, January 6, United States citizens breached the Capitol building. The building has not been breached since the War of 1812. All of this happened because of one of Donald Trump’s tweets. On December 23, he wrote, “Big protest in D.C. on January 6th. Be there, will be wild.” Many Trump supporters took this as their final chance to do something about Joe Biden winning the election.

Washington’s Police Chief Robert Contee said, “There was no intelligence that suggests that there would be a breach of the US Capitol.” However, according to Gentlemen Quarterly, “Explicit planning took place in the weeks leading up to January 6th on social media, Trumpist message boards, and sites like 4Chan.” The planning was said to have started as soon as Trump sent that tweet. While many protestors were just there for the movement, there were also many individuals who hoped for violence. Many message boards mentioned being armed with guns, knives, and “as much ammo as you can carry.” On Wednesday, many were prepared for this violence and came dressed in bulletproof vests and tactical gear.

Citizens traveled from all over the country to attend this event. On Wednesday morning, Trump held a rally at the Ellipse, a D.C. park located south of the White House. Trump spoke at the rally for over an hour about claims of election fraud. He also took time to speak about his vice president, Mike Pence. Pence allegedly angered Trump by claiming Trump did not possess enough power to challenge the legitimacy of Biden’s win.

At 1:15 pm,  “Two men in front ripped down a preliminary barrier & rushed officers who were behind a 2nd barrier,” reporter Elijah Schaffer tweeted. This event marks the beginning of the siege. According to witnesses, the officers seemed to be caught completely off guard. After the first two men broke through, many soon followed, and they made their way to the Capitol’s west side, where set up had begun for the inauguration of Biden.

Once the rioters broke through the initial barricade, it was easy to get inside the actual building. Many videos have surfaced of rioters shattering windows and breaking doors to get inside. Once inside, rioters went through the offices and broke glass and trashed them as much as they could. Speaker Nancy Pelosi’s office was a popular destination for the protestors.

Capitol police did what they could but were still extremely overwhelmed. Later in the evening, the National Guard arrived. They were much more aggressive and shoved the rioters back, allowing them to secure the perimeter of the Capitol. Finally, on Thursday evening, Trump finally backed down and admitted that Biden would be inaugurated on January 20.