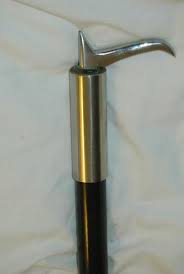 It is one of the most common questions asked by the media today: “When should hate speech and slander be censored?” When should people face punishment for saying the awful, nasty, offensive things they do? Well, my answer may surprise you. They shouldn’t.

From day one of the foundation of this country, we have believed in God-given freedoms that no man can take away; to speak and to have opinions, to believe what you want to believe and to defend those rights to the death in whatever way necessary. It is these rights that separates this country from other countries in the world. It is what has made us great—an empire grown in a little over two hundred years. True Americans are bold and stubborn, with wills of steel that have been ingrained in us since childhood. I was raised being told tales of our founding fathers, who risked their lives and more to see the people freed from the control of a tyrant. Because what do tyrants do? They censor free speech. They take away your rights and heap taxes and burdens upon their people while they sit in their castles and mansions, fat and rich off of the labor of others.

In a civil society such as ours, the best and brightest ideas will always win, and without the need for violence. When you see hypocrites standing on pulpits of lies and deception spewing blasphemy and malice, do you not also see men rising up to meet them? To debate them? Their deceptions are exposed for all to see, and they slink back into the shadows where they belong. When white supremacists go marching with banners and posters, do you not also see protesters standing up and defending the truth? There is yet hope for humanity and that hope is in our freedom.

The object in the photo above is called a bullhook. Bullhooks are used by monsters called wicked men to beat baby elephants into submission. As the elephant grows older and bigger and stronger, still he fears the bullhook and takes his beatings without fighting back for fear of worse punishment. Eventually, a full-grown elephant with the power to kill its master with ease, it is too afraid of the bullhook to seize its freedom. This is not a story unique to elephants. This is true of animals. This is true of children in bad homes. This is also true of governments.

Have you heard of the brown shirts in Germany or the black shirts in Italy? They were fascist storm troopers in the events leading up to WWII. It was their job to seek out any speakers or groups who were presenting ideas that went against what their fascist leaders were teaching. They threatened them, beat them, and even killed them. They made a public example of anyone who would dare say such ‘hateful’ things. It was these actions that brought dictators to power and cost millions of lives.

The other issue with free speech is that silence can be more powerful than any words. When you silence a bad man, you give him power by making him a victim of oppression. Others will see this and begin to question whether or not he is right and being abused in the name of the truth. And soon, that bad man could be the start of a revolution of his own.

The label of hate speech is subjective to whomever has the power to determine what is hate and what is not.

Censorship of free speech and the oppression and control of the masses will lead to the downfall of this great nation. We cannot give up our God-given rights to false promises and fake hope. Instead, we must stand for freedom because it is freedom that protects us to this day.