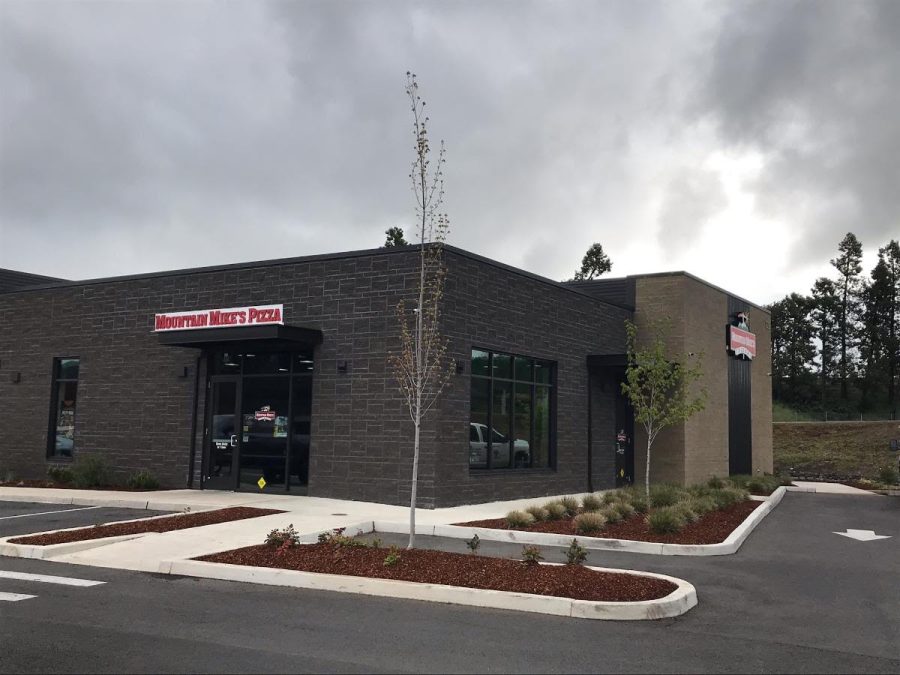 A photo of Mountain Mikes Pizza from the front making sure to include the company logo.

There are quite a few restaurants located near or around RHS. It makes it very easy to get a quick bite to eat if they get hungry and want to get something a little more tasteful than the school lunch. However, whenever I want to get a quick lunch close to school and get back before classes start again, I always choose Mountain Mikes Pizza. It is probably the closest to the school besides maybe Denny’s. And even then, I would say that it is much easier to call Mountain Mike’s early and order beforehand, and takeout pizza is a lot better than takeout breakfast or even some lunches. All this is to say that Mountain Mike’s is arguably the best option for people who would like to get a quick meal during lunch or after school. But what about their actual food? It could be the easiest option to get food, but if it doesn’t taste good it doesn’t matter.

The menu at Mountain Mike’s is quite diverse. Of course it has pizza, but it also has wings, salads, sandwiches, desserts, and more. My usual for pizza places is the classic cheese and pepperoni, which is what I ordered for this review. I must admit it absolutely has some of the best cheese that I’ve ever had in a pizza place. Their toppings however, aren’t the best. Their pepperoni slices are too crunchy to compete with other pizza places, but they are spicy enough to make up for it, most of their other toppings are just not as good as other pizza places. In my opinion, despite the toppings being subpar when compared to other pizza restaurants, with the peperoni being very disappointing in comparison, and also being quite pricey, the pizza itself makes up for it, it’s genuinely some of the best pizza I’ve ever had.

I went to Mountain Mike’s with multiple friends who also wanted to give their opinions. Hawke Sulffridge, from our very own RHS Journalism staff, say’s “I really enjoyed the food, and the service was good.” Michael Lewandowski and Bryson Laney both agree that they love the cheese and pepperoni that Mountain Mike’s uses, and it distinguishes it from other pizza places.

Michael says that, “The location is perfect, and the atmosphere in the restaurant itself is homey and nice, making it a great place to eat at or pick up and go.”

Bryson Laney praises the “…good food,” which “has plenty of toppings.”

All in all, when I have some money to spar, and want to get something to eat, with friends or by myself, I’ll almost always choose Mountain Mike’s over the competition. It is closer to the school than most other restaurants, it tastes great, the service is always kind and helpful and you can even order beforehand on their app to get it ready to go as soon as you get there. It’s hard to say I would choose anything else for a quick and easy lunch near our school.